Having experimented with the sound of the electric guitar in Sunburst Finish, I was keen to investigate acoustic qualities of the bass guitar. Experiments with various chords yielded a pleasing effect whereby the amplifier input stage was overloaded, creating distortion with many upper overtones sounding after the notes were played. These are the “elements” from which all the “compounds” are constructed. I had been influenced by Grisey’s “Partiels”, and desired similar effects.
Dictionary definitions of the word “element” led to the discovery of the mythological notion of an “elemental” – a being or sprite. One commentary about this described such a creature appearing from a glowing ball. This became the inspiration for the overall musical structure. The bass guitar chords were split into their component pitches: the piece would begin with single pitches followed by a “glow” of harmonics from the other instruments. Gradually the elements combine until at the end the somewhat dissonant bass chords are accompanied by a mass of partials from the various series represented in each chord note. 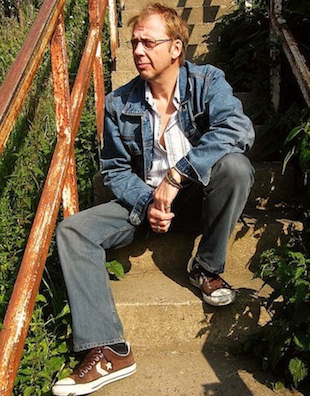